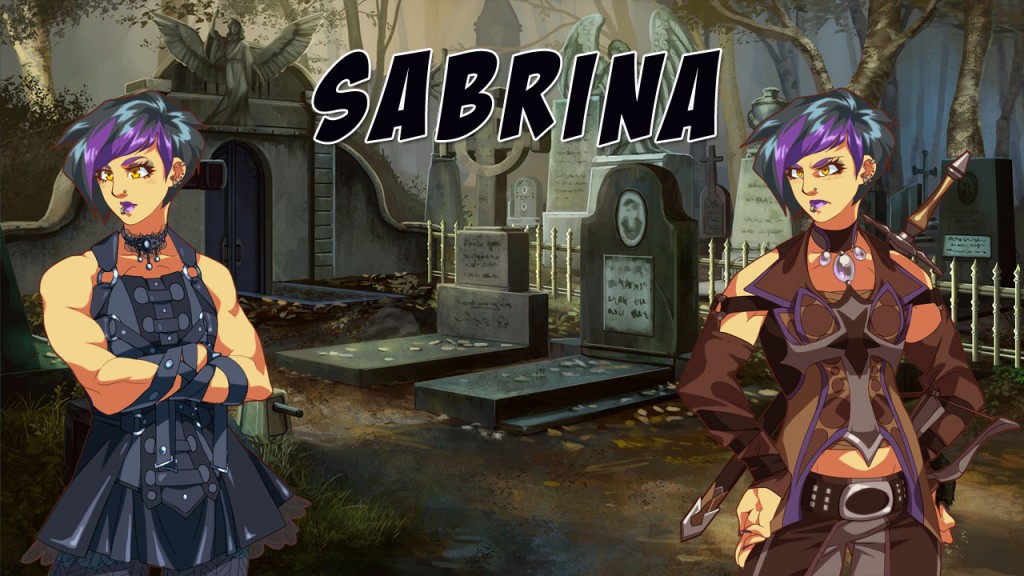 If you follow me and my games, you probably know by now that I have a weak spot for strong female characters (Loren, Tanya, etc). So naturally Sabrina is one of my favorite of this game!

The first impression most people get when they meet Sabrina is a stubborn, contentious young woman, and they wouldn’t be wrong.  It isn’t that she aims to piss anyone off, but that seems to be how things work out.

Some think this behavior developed because Sabrina’s father remarried when she was quite young, but this is far from the truth.  Sabrina loves her step-mother as much as she does her birth mother, and adores her step-siblings, Kaitlyn and Brandon.

Others think her rebelliousness stems from a deep seated dislike of authority, as evidenced by her falling grades, and disruptiveness in the classroom.  Further examination reveals Sabrina was an average student until the age of 16.

What precipitated her change came one fateful night when she was supposed to spend time with her birth mother.  Sabrina arrived at her mother’s apartment, but found it was empty.  Letting herself in, she patiently waited…and that was the night her whole world changed.

Sabrina’s mother staggered into the apartment, bleeding from several wounds on her torso, and neck, clutching a broken sword.  Sabrina ran to give her mother assistance, only to stop when she heard a guttural growl from the doorway.  Looking up, she saw a pale figure with glowing red-eyes at the doorstep.

With a rush, the figure was upon her, its fangs seeking out her throat.  Desperately, Sabrina’s hand clutched the broken blade, and drew it across the creature’s throat, nearly beheading it in the process.  The figure staggered backward, and dropped to the ground, coalescing into dust as it died.

Thanks to her actions, Sabrina’s mother was saved…and inducted Sabrina into the Nightblades, an order of monster hunters with the sworn duty to safeguard the rest of humanity.

So it isn’t that Sabrina wished to miss graduation with people she grew up with, but it is hard to justify going to school and doing homework when monsters are looking to make you their next meal.  Needless to say, Sabrina’s outside interests have suffered, especially a budding painting career, or jamming with her friends.

Things wouldn’t be so bad if Sabrina didn’t feel so alone, but the Nightblades enforce a vow of secrecy among their members.  It is hard to keep a relationship going if a loved one thinks you’re having an affair when in reality you might be hunting zombies…a strain she saw first-hand when her parents separated.

Still, Sabrina perseveres since the efforts of people like her which help keep her family, and other innocents safe.

Update on the games in progress 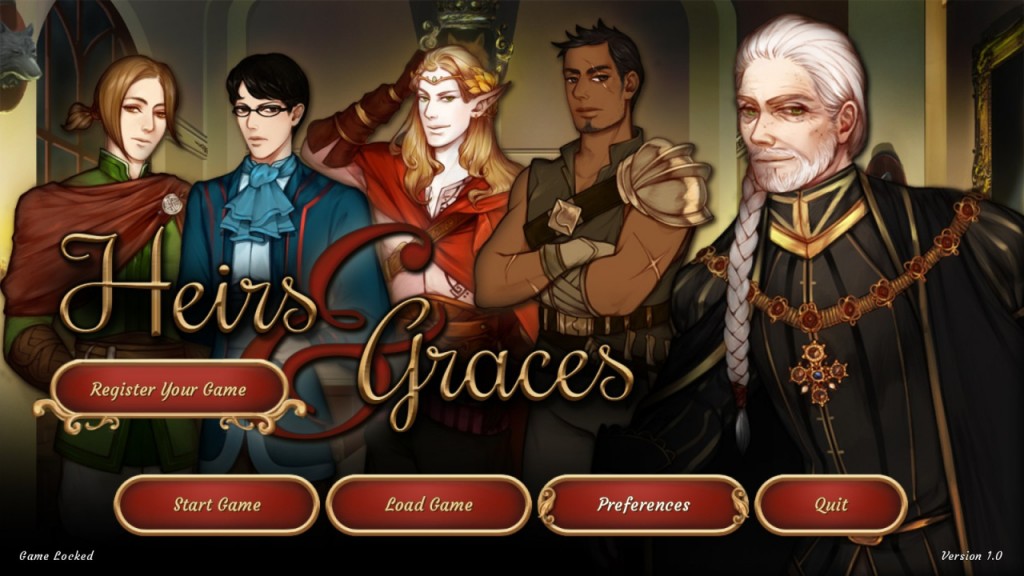 I am currently working on Heirs & Graces, my first yaoi-only dating sim, and I’m at good point: the writing is all done, there are only a few pieces of art missing (chibis and some sprites). I am putting together the scheduler screen right now, and I think the game beta could begin next month or maybe if I’m particularly productive even end of this one!

At same time I’m also doing the last scripting/coding/testing for Queen Of Thieves. The robbery missions texts have been rewritten by Forsaken, who is also writing a series of new scenes for the main story, while the artist is doing a few more CG to illustrate it. They’ll involve Arianna, Raul, etc and I am eager to see the end result! 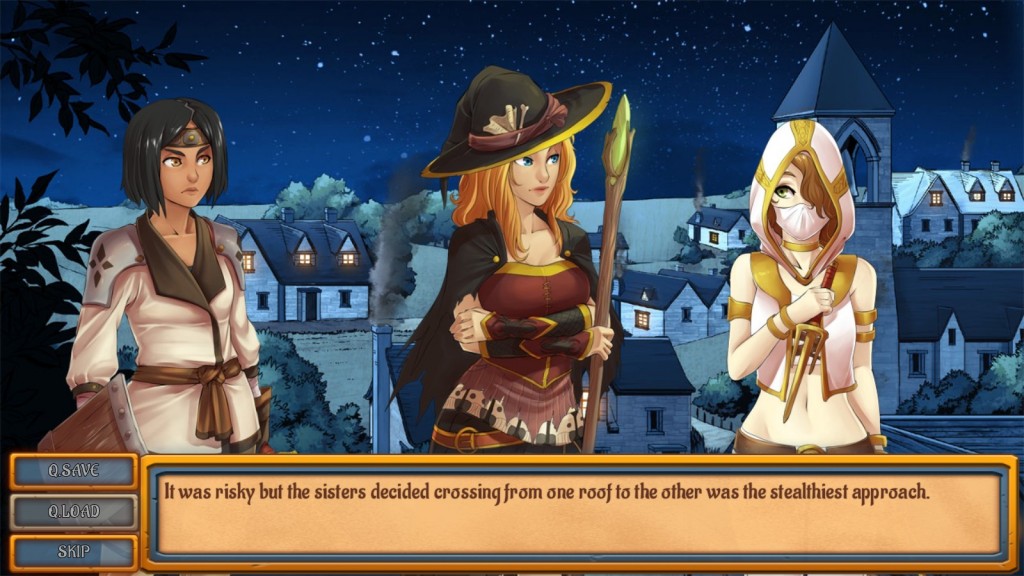 The robbery scenes are varied and with random variations. In one house a vault could contain treasure, in another a monster, etc. Hopefully will provide enough fun for the players! In the scene above, the sisters will try to gain access to their next target passing through the roof. I don’t think this is going to end well… 😉

Even for this game the release date depends on several factors but I think a beta version should be out by end of May or mid-June. We’ll see, since I also need to take a small break between each game release, just to avoid getting crazy! 😀